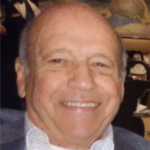 This is the time of year for resolutions. For retirees, let me suggest that the most important resolution you can make for the year 2023 is STAY ON YOUR FEET!

This simple phrase has two meanings and they are both relevant.

More than one-fourth of persons 65 years of age or older fall each year, and in half of such cases the falls are recurrent. The risk doubles or triples in the presence of cognitive impairment or history of previous falls.

Read all about it here.

Another article from the Mayo Clinic outlines some simple tips for avoiding falls. 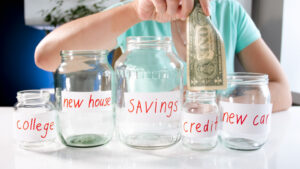 About that Cost-of-Living Raise

Several of you have written me asking about a cost of living raise in the pension. You point out that the pension trust is overfunded, and inflation has taken its toll, particularly on long-time retirees. And it’s true that one dollar in 1990 purchasing power requires $2.73 today.

We have raised the question with Nokia.

Their answer is that there are no plans for a cost-of-living raise. They point out that retirees prior to 3/1/90 do not pay for healthcare and life insurance.

We will keep monitoring the pension trust numbers in 2023.

HOW YOU CAN HELP OUR CHAPTER

Lots of Benefits information on our Chapter Benefits Team pages.

Retirees can use the YBR website for benefit-related activities such as:

Do we have your current email address?

We regularly inform members about important news. If you have mistakenly ‘unsubscribed’ to one of our emails, you will no longer hear from us unless you re-subscribe.

To “re-subscribe”, or to sign up to receive our emails, or if you are not sure we have your current address, CLICK HERE

You may have read Bill Kadereit’ s NRLN President’s Forum email on Tuesday that announced the three NRLN lobbying issues that are included in Congress’ omnibus bill. Lucent/Nokia Retirees Chapter members had a significant role in this accomplishment because you are often #1 or #2 in sending the largest number of NRLN Action Alert emails to your members of Congress.

In case you missed Bill’s email the issues included in the omnibus bill are:

Pension Recoupment: Until now, a company could “recoup” or recover pension overpayments made to a retiree when it discovered them, no matter how long it had been. With the new law, the company does not have an obligation to recoup; But if it does recoup:

Section 420 Transfers: This IRS provision was about to expire, but this legislation has extended it. The NRLN’s proposal in the new law lowered the threshold of when companies can use these funds to 110%, down from 125%. This means more companies will be able to tap excess pension funds to provide retirees with healthcare and life insurance benefits.

Pension Annual Funding Notice: Before this new law, pensioners received their AFN and it failed to provide a clear picture of how well their pension plan was funded. This was because by the time they received an AFN in April, it contained data calculated 16 months earlier. The NRLN advocated for common sense solutions: use year-end valuation so when retirees receive their AFN the date is only four months old. Also, the AFN will be simplified by moving all relevant data to a table on the front page.

All three issues are important to Lucent/Nokia retirees. However, the most prominent issue is Section 420 Transfers because it will allow Nokia (and other companies) with well-funded pension plans to use pension trust assets in excess of the 110% funding status to pay for retiree healthcare plans and particularly for the continuation of our live insurance with MetLife.

Bill, Joe and Alyson Parker, NRLN Executive Director met with Nokia’s Vice President for Human Resources, Nokia’s lobby firm and members of the American Benefits Council (ABC) in 2018 to discuss a Nokia proposal for changing the pension funding threshold from 125% to 110%, how it could help Nokia afford funding for life insurance and yet assure continued pension benefits for Lucent/Nokia retirees, and how best to make a case Congress might accept.

In December of 2018, the NRLN forwarded its endorsement of changing Section 420 rules to members of congress and met with the Communications Workers of America Washington D.C staff. The CWA agreed to support the proposal and sent a letter of endorsement to Congress.

This Commonsense proposal allows surplus assets above 110% to be used but also contained limits on how much cash could be used and when, and it protected benefits by requiring that should plan funding fall below 110% over a specified period that Nokia would, have to fund up the plan to 110% immediately.

At the February 2019 NRLN Fly-in to Washington, DC, NRLN members lobbied for the Section 420 transfer amendment in Congressional offices. The lobbying on Capitol Hill continued during NRLN Fly-Ins in the fall of 2019 and the spring of 2020. I attended the spring 2020 Fly-in and in appointments on Capitol Hill, explained why the change to Section 420 was especially important to Lucent/Nokia retirees. Bill, Ed Beltram, Bob Martina, and I, as members of the NRLN board were able to keep the Sec 420 proposal a top priority on NRLN’s legislative agenda from 2018-2022.

During COVID, the face-to-face lobbying was replaced with NRLN Action Alerts and Bill and Alyson Parker, NRLN Executive Director, having phone calls with staff members of influential Representatives and Senators and directors of key Congressional Committees. Lucent/Nokia retirees and other NRLN members responded to NRLN Action Alerts to their members of Congress. Those emails from you were particularly important.

Among the letters sent to Capitol Hill on Section 420, one letter was to Washington Senator Patty Murray, Chairwoman of the Committee on Health, Education, Labor, and Pensions. She and her Committee staff were very influential in getting the NRLN’s proposals into a Senate bill on pensions that were included in the omnibus bill.

We wrote in the last paragraph of the letter: “In striving to become globally competitive, U.S. companies have aggressively reduced or eliminated welfare benefits of retired single-payer defined benefit plan participants. Adopting this nonpartisan pension legislation will help restore the faith of retirees…” 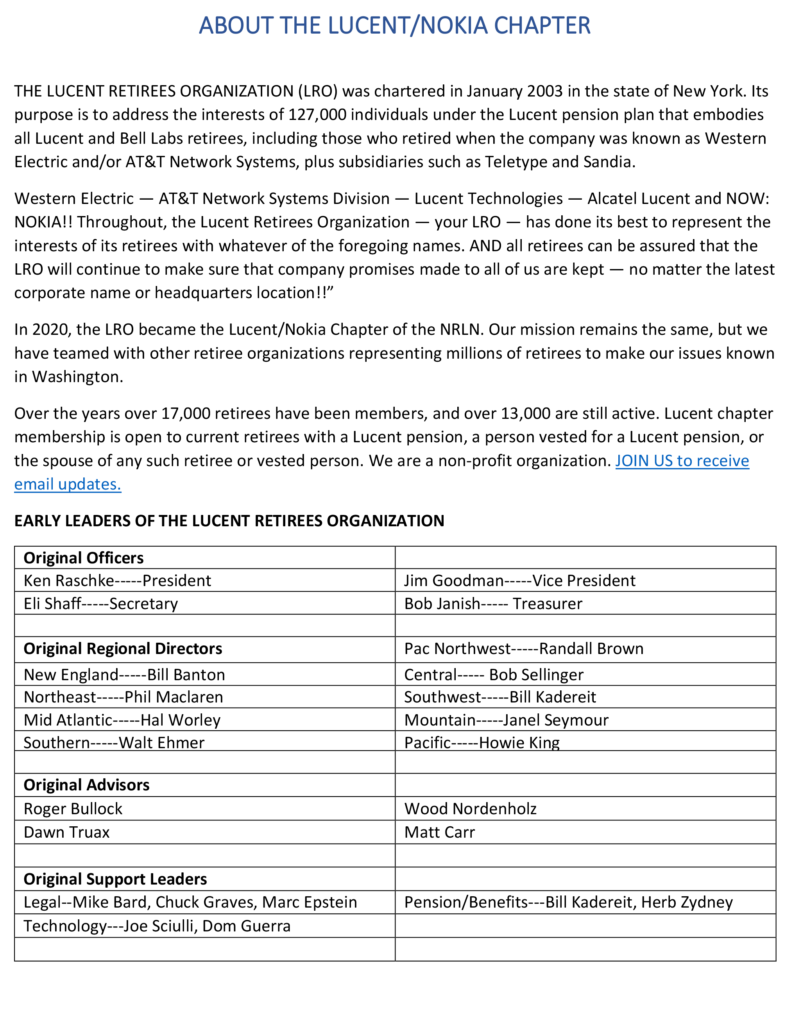 The LUCENT CHAPTER is working with the NRLN to influence Congress on issues important to us.

Life Insurance Benefit: The LRO has been dealing with Nokia for years to secure additional funding for the underfunded Group Life Insurance Trust (GLI). Recently Nokia announced it plans to transfer $316 million of the excess pension assets to pay for Group Life coverage for eligible Lucent / Nokia retirees. The current pension funding exceeds the current law’s threshold of 120% and thus allows the transfer. The NRLN, Lucent Chapter, and Nokia continue to lobby members of Congress to pass legislation that would make it possible for Nokia (and other companies) with pension plans funded at 110% or more to use surplus funds to sustain benefits.

Pension Recoupment: The NRLN is also advocating its pension recoupment proposal. Recoupment is when a pension plan sponsor finds an error in the pension payment calculation and forces a retiree (some Lucent retirees have experienced this) to pay back thousands of dollars and suffer a cut in his/her pension benefit. The NRLN wants to limit on the number of years that retirees can be exposed to paying back overpayments and the percent that can be taken from their monthly pension checks to repay the pension plan.

Corporate Mergers: We have gone through the corporate mergers with Alcatel-Lucent and Nokia. The NRLN has developed a whitepaper and is lobbying Congress for legislation to protect retirees in corporate mergers, acquisitions and spin-off.

Medicare & Medicare Advantage: Original Medicare’s Hospital Insurance program (Medicare Part A) is pointed toward insolvency by 2026. At that time, Medicare Part A will only have enough funds to pay about 87% of costs. Congress is allowing the Centers for Medicare and Medicaid (CMS) to use taxpayer dollars to subsidize insurance companies for Medicare Advantage (MA) plans to serve as a move toward privatization. The NRLN opposes the use of MA plans to privatize Medicare. The NRLN is also advocating that original Medicare participants have access to the special benefits being offered in MA plans. If Medicare is privatized, current MA plan participants should be grandfathered to protect their benefits and subsidies.

Prescription Drug Prices: The NRLN is lobbying to allow Medicare to do competitive bidding for lower prescription drug prices; end pay-for-delay and other brand name drug makers’ tactics that keep generic drugs off the market, and allow importation of safe and less expensive drugs from Canada.

How we run our money: Nokia

In the article below, Arto Sirvio, Nokia’s director of pensions, tells Carlo Svaluto Moreolo how the communication and information technology company manages a large portfolio of pension plans. Reprinted from January 2018.

In a world where corporate behavior comes under closer scrutiny, the way companies treat current and past employees is critical. Ensuring they are financially secure in retirement is not something that can be overlooked by management boards. But for a company such as Nokia, which has about 100,000 staff and more than 200,000 retired employees, pensions can become a great challenge.

Joe Sciulli, Vice President – Information Technology/Databases Joe Sciulli is the NRLN Vice President – Social Media and President, Lucent/Nokia Retirees Chapter. He began his career with Western Electric in 1957 in the Defense Activities Division, which served as the prime contractor for the SAGE Air Defense System. He had responsibility for installation and system testing of the system nationwide. 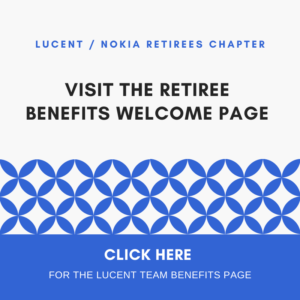 This column contains media links to articles of particular interest to Lucent and Nokia retirees. Please visit www.nrln.org for a wider range of retiree news.

Entering the Fiber for Everything era with Nokia Lightspan MF-14 Light Reading ~  Oct 27, 2022

We receive frequent requests for dealing with the passing of a retiree or surviving spouse. Consequently, we have created a document that focuses on communicating with Nokia benefits and pensions, along with links to websites with checklists for other family issues.  CLICK THE IMAGE TO READ THE CHECKLIST 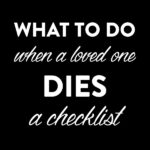