What Is a Committee?

A committee, in the context of the US Senate and the House of Representatives, is a subgroup of elected officials who take on specific tasks for a certain area of policy or governance. They, along with their subcommittees, consider bills and oversee agencies, programs, and activities in their specified area or jurisdiction. The Senate has 20 standing committees; the House has 21. Both chambers of Congress have additional joint and select committees. The chair of each committee and the majority of its members represent whichever party is the majority party in that chamber at the time. The minority party also has members assigned to the committee, and the leader of the minority side on the committee is called the Ranking Member. Each party assigns its members to committees, and each committee distributes its members among its subcommittees. Committees have staff, and advocates may meet with committee staff, in addition to meeting with the personal staff of their members of Congress. Leadership, members, and staff of the following committees should be considered priority members related to all early childhood advocacy efforts. 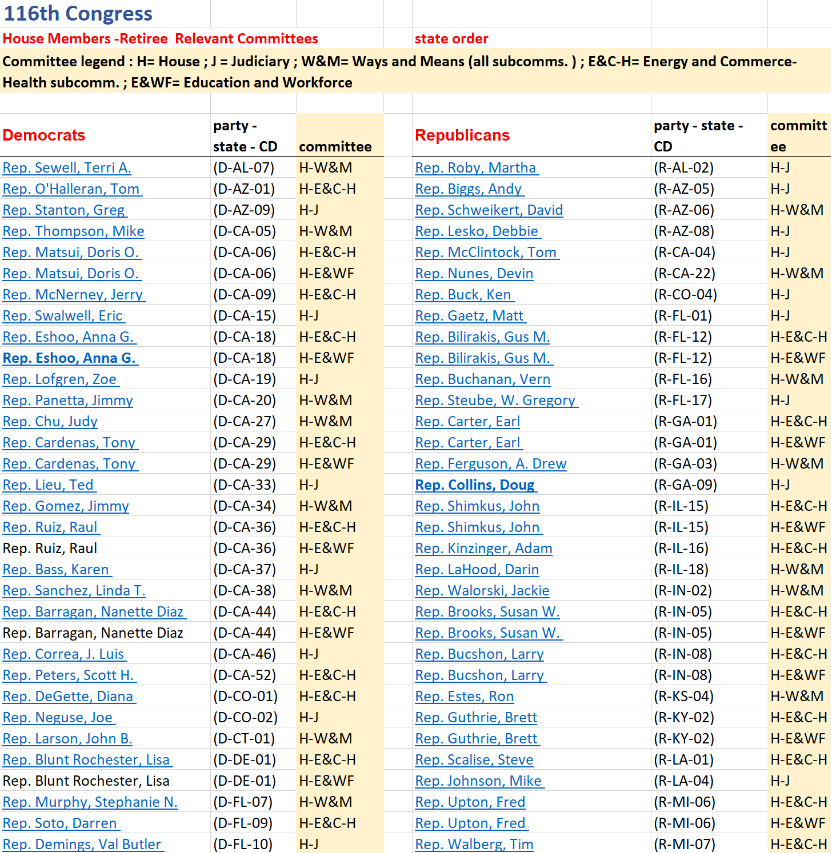 Is your member of Congress working for you?

We Fight For You!

Support the NRLN
We can help anyone who has a desire to keep corporations from running through your pension funds or taking away promised health care benefits. CALL US NOW AT 1-866-360-7197 Our Annual Dues are currently $3.00 per paid member and are paid annually by the Associations. Dues for a startup or fledging association is set based on the group’s affordability for a period of time determined by the NRLN.
Click Here to Support the NRLN